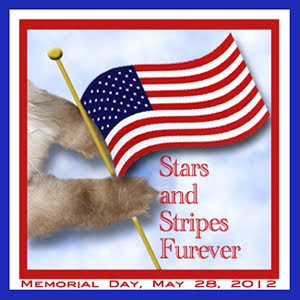 Let's all remember those who gave their lives so that we could live in this wonderful country!

I am dumbstruck by all the sadness this month. I thought maybe it was just me, but Zoolatry's email this morning let me know that lots of people are feeling this. It all reminds me of 1991 when my daughter and I lost three precious cats to one thing or another.
~ Prissy: Anne's first pet; we were used to Prissy's disappearing periodically when she was off on hunting trips; she always brought back trophies! But we noticed in early 1991 that she was gone 4 days, then 5 days ... and she never returned. She was only 4 years old.
~ Elvin: Anne's second pet; he was so overjoyed to get outside, and we were so worried about his lack of street-smarts. Sure enough, one night he got out and we couldn't find him. The next morning, I found him on my way to work; he'd been hit by a car. Broke my heart.
~ Greyboy: Anne found him in 1987 when (we estimated) he was about 4 or 5 weeks old; he still needed his mama, so we fed him differently for about 2 weeks until he learned to eat on his own. He was such a lover and purrer! But when he was 4, we had a very difficult summer, in and out of the vet's office. We also had new kittens in our household then, so I had Greyboy and the 3 kittens tested for different things. The kittens were all fine, but Greyboy had feline leukemia, so I had to help him to the bridge.
In 1991, we also gained two who stayed with me for 12 and 15 years: Pluto and Indy. Here and Here and Here. Then in 2003, when I lost Pluto to an illness the vets could never identify or treat, a friend gave me this poem in a condolence card. The thoughts here really helped me deal with the loss of my Pluto, and I hope it helps everyone who is feeling grief and sadness today.
“Grieve not,
nor speak of me with tears,
but laugh and talk of me
as if I were beside you.....
I loved you so -
‘twas Heaven here with you.”
– by Ilsa Paschal Richardson
Posted by Marilynn at 5/24/2012 08:51:00 AM 5 comments:

Isn't Grace's hat beautiful? Reflecting her own lovely self!! 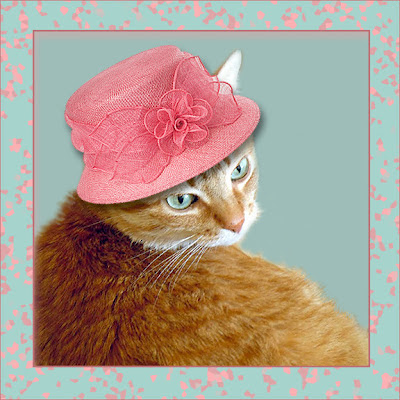 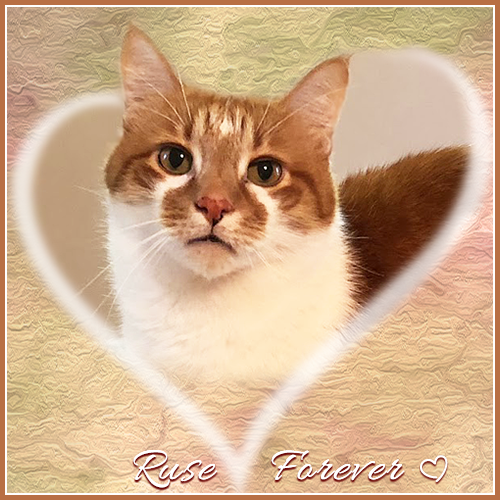 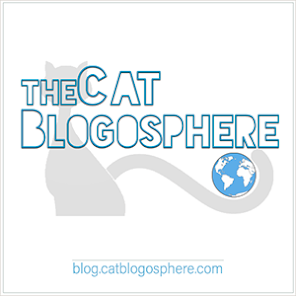 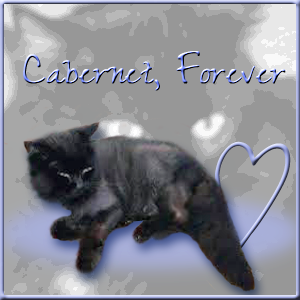 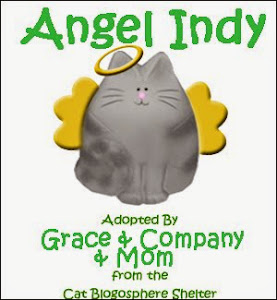 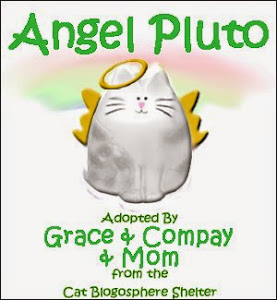 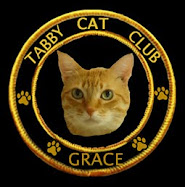 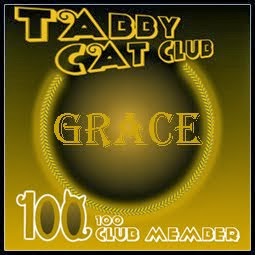 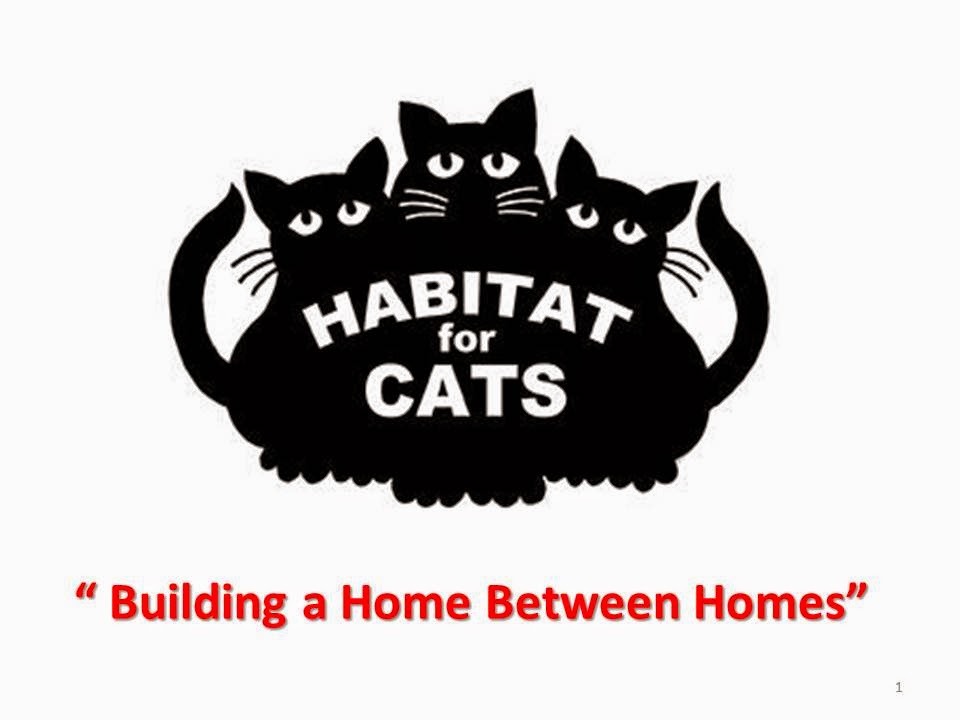 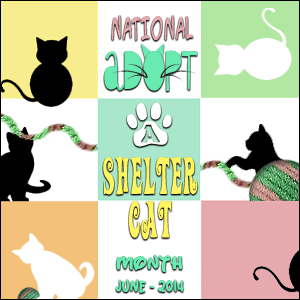 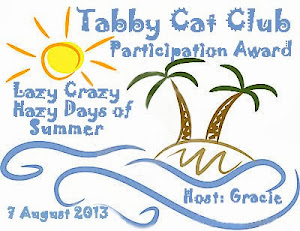 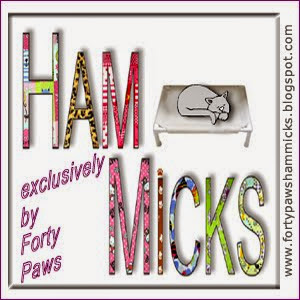 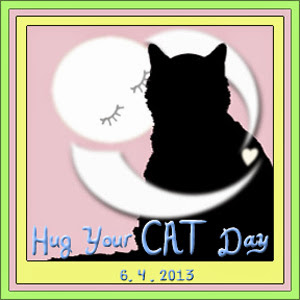 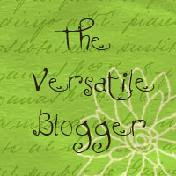 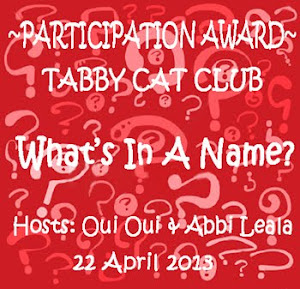 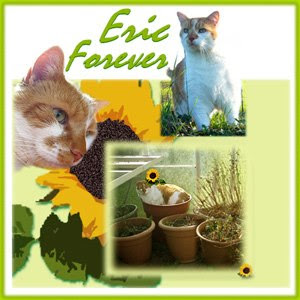 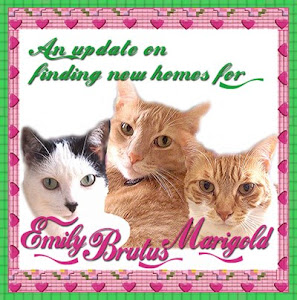 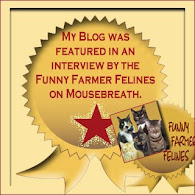 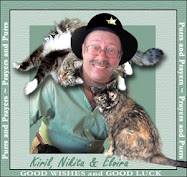 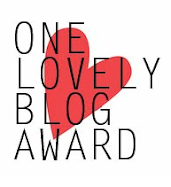 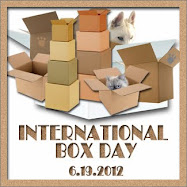 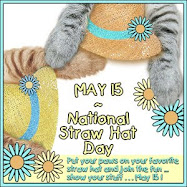 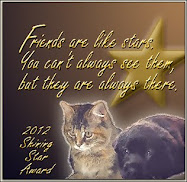 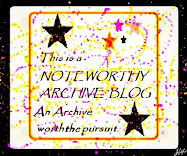 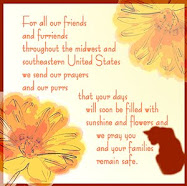 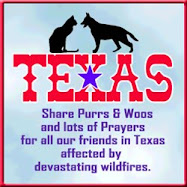 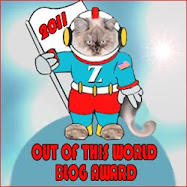